In this festive holiday season concert, Carissa Klopoushak and Jessica Linnebach - the two violinists of the Ironwood String Quartet - are joined by their friends Sean Rice on the clarinet and Carson Becke on the piano.  Carissa, Jessica, and Sean are all members of the National Arts Centre Orchestra in Ottawa, and Carson has collaborated with all of them on various occasions.  In this program, they explore the many possibilities offered by the violin, viola, clarinet, and piano instrumentation.  Robert Schumann's Märchenzählungen (Fairy Tales) is one of the last works he completed.  While the specific fairy tales told by each of its four movements are not known, the piece takes the listener on a journey of whimsy, romance, and magic.  Rebecca Clarke's little known Nocturne for two violins and piano was written in 1909, while she was a student at the Royal College of Music in London, England.  It is overflowing with romanticism and atmosphere, and sounds something like an operatic duet for two sopranos.  Bartok's Contrasts - written for the American jazz clarinetist Benny Goodman in 1938 - is based on Romanian and Hungarian folk dances, and features one of the most chaotic and energetic conclusions of any piece in the chamber repertoire.  The program finishes with new arrangements of two works by Johannes Brahms: his tranquil songs, op. 91, and the wild finale of the Piano Quartet in G minor, based on a Hungarian folk dance. 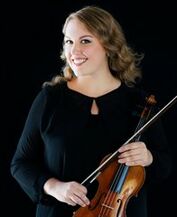 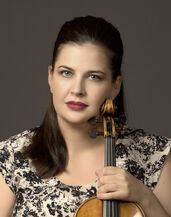 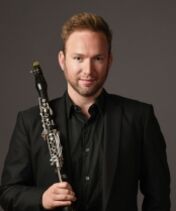 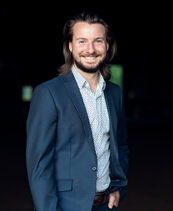